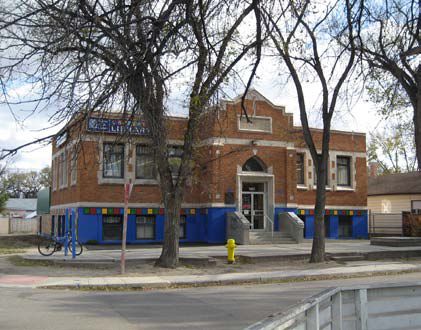 Albert Library has been serving Regina’s inner city community since 1913. The Branch provides basic library services enhanced by an in-depth Aboriginal collection, and culturally based programming. The branch also provides a safe environment for neighbourhood children and youth.

As of July, 2017, the Albert Branch is located at mâmawêyatitân centre, Elphinstone entrance

In 1979, a report written for the Regina Public Library Board recommended reducing the hours of service at the Albert Branch because circulation levels did not meet library standards for a branch. Community representatives argued that the reason the branch was not being used to its full potential was because it did not meet the needs of the community it served. A First Nations community member (Theresa Stevenson) stated that she would like to see Aboriginal art work on the walls, library staff to smile at her and make her feel welcome at the library, and perhaps, offer her a cup of tea. 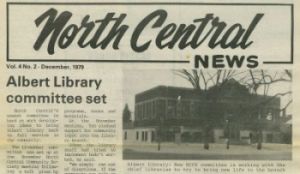 The community library committee meets at least ten times annually in order to fulfill the responsibilities set out in the agreement. Membership on the Albert Library Committee is open to anyone living or working in the North Central community.

As a result of the library committee’s independence from the library system’s administration and board, the Albert Library Committee has been able to go to outside funding agencies for support of a number of programs and services over the years. Included in these efforts are:

Circulation and general library usage have increased steadily since the community was given a definitive voice in the operation of the Branch.

It is the community that gives the Albert Library its direction on how to best serve its residents.  This is exactly what the Albert Branch strives to accomplish.

Your donations go to provide funding for programs and services for North Central residents of all ages. We greatly appreciate your support!